On Thursday, March 5, Small School from South Portland visited our campus to celebrate the completion of their Local History Local Schools study. Fourth grade students from Mr. Stoner’s and Ms. Cloutier’s classes gave presentations and shared their work with fellow classmates, parents, and MHS staff. Their projects will continue to be on display in the Student Gallery, we invite you to come check them out!

Enjoy this slideshow of images from the event:

At Maine Historical Society, we are preparing for the 208th birthday celebration of America’s beloved poet, Henry Wadsworth Longfellow (born in Portland on February 27, 1807). Join us on Saturday, February 28 at 2:00pm to for his birthday party, eat cake, make hats, and hear his works read by local celebrities! In the meantime, please enjoy these 13 incredible facts about good ol’ Henry. Share your reactions in the comments section or on our Facebook page.

13. A one-cent stamp featuring a portrait of Longfellow was first issued on February 16, 1940. A stamp commemorating the 200th anniversary of his birth was issued on March 15, 2007.

12. The Portland Gazette published Henry’s first poem at the age of 13.

10. Henry was a major dog lover! The Longfellow family had many pets, but the “the last and greatest of all the dogs was Trap; Trap the Scotch Terrier, Trap the polite, the elegant, sometimes on account of his deportment called Turneydrop, sometimes Louis the Fourteenth” wrote Longfellow. 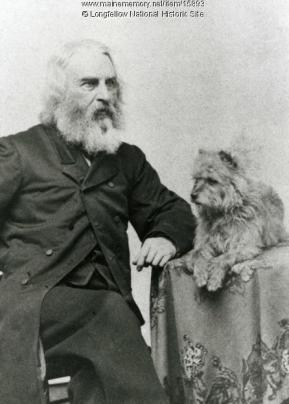 9. The often quoted phrases “into every life some rain must fall” and “ships that pass in the night” are lines that originated in two of Henry’s poems. 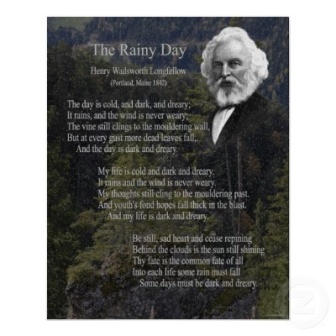 8. Henry is the only American to be honored with a bust in Westminster Abbey in London, England. His marble bust was placed in the Poet’s Corner in 1884, and stands among the monuments to other world-renowned authors and poets such as Dickens, Chaucer, and Browning.

7. Henry graduated from Bowdoin College in 1825 in the same class as Nathaniel Hawthorne. 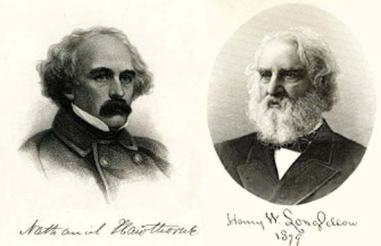 6. One of Henry’s students at Harvard University was Henry David Thoreau.

5. Henry was a fluent speaker of eight different languages–quite the polyglot!

4. Henry was a descendant of Mayflower passengers John and Priscilla (Mullins) Alden. He made his ancestors household names with the publication of his poem The Courtship of Miles Standish in 1857. 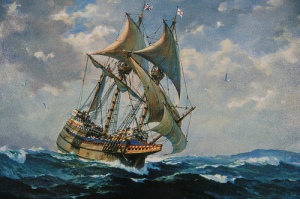 3. At his home in Cambridge, MA, in 1867, Henry hosted Charles Dickens for Thanksgiving dinner. He also wrote the poem, Thanksgiving. 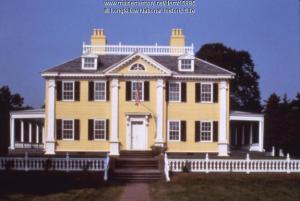 2. When Henry’s daughter Frances was born on April 7, 1847, Dr. Nathan Cooley Keep administered ether to Henry’s wife, Fanny Appleton Longfellow; this was the first recorded use of obstetric anesthetic in the United States. She later wrote about her experience, “I am very sorry you all thought me so rash and naughty in trying the ether. Henry’s faith gave me courage…I feel proud to be the pioneer to less suffering for poor, weak womankind. This is certainly the greatest blessing of this age and I am glad to have lived at the time of its coming and in the country which gives it to the world…”

1. Henry began growing a beard following the death of his second wife Fanny in 1861. Fanny died in a tragic fire and Henry was burned so badly trying to save her that he was left unable to shave his face for some time. He wore the beard the rest of his life.

To learn more about Henry Wadsworth Longfellow visit the Maine Memory Network and HWLongfellow.org. Visitors can tour his boyhood home, the Wadsworth-Longfellow House, and garden in Portland, Maine at the Maine Historical Society.

Being outdoors in the Maine woods in the fall is the best time – crisp cool nights, warm days, colorful autumn foliage, and, best of all, no mosquitoes or black flies. In northern Maine there are many sporting camps that lure folks from afar to where hunting and fishing opportunities abound. At the turn of the 20th century one of these camps, owned by the Parmachenee Club, offered expeditions into these northern woods.

The Parmachenee Club was formed in 1890 by a group of (mostly) New York City lawyers. The members obtained a lease of 120,000 acres of land, from the Old Aziscohos Dam above Wilson’s Mills to the Canadian border. They hunted and fished within these acres, and built a camp, called “Camp in the Meadows,” along the Magalloway River in Oxford County, where they lodged. Maine Guides assisted the members on their hunting and fishing expeditions.

In 1910, the Berlin Mills Company and the International Paper Company built a dam in the leased territory to move cut lumber. Club members were able to penetrate further into the woods due to the new dam, but it also placed the Camp in the Meadows under twelve feet of water. The Parmachenee Club was re-established on Treat’s Island on Parmachenee Lake.

The membership, which included women, loved the woods and the streams. Their ideal was sportsmanship, and their goal the preservation of the woods and the wildlife within it. Henry P. Wells, a member, invented a lure called the “Parmachenee Belle,” named after the club. Harris D. Colt was the oldest member. He fished there for 41 consecutive seasons.

It wasn’t easy to get to the camps – you had to travel by train, steamboat, canoe, and on foot, along rails, rivers, and roads. But it was worth it. The season started as soon as the ice melted in the spring and went through October 1st, “but as always, the Club will be open as early and as long as the members desire it.”

Harris D. Colt wrote to his grandson Harris S. Colt, “The first time I visited the club was in 1896. With your grandmother Colt we spent two or three weeks there in the month of September.”

The club disbanded in the 1960s. Many sporting camps still exist today and may be visited. Although they’re still not easy to reach, it’s not the arduous journey of 100 years ago.