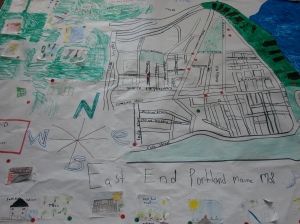 What kind of information belongs on a neighborhood map? Major streets? Landmark or municipal buildings? A strong-smelling tree or forested trail? The Big Apple and the 7-11?

This summer, MHS partnered with the LearningWorks Summer Learning Program at East End School to explore and document the Eastern part of the Portland peninsula. In an abbreviated version of our school-year program, “Local History, Local Schools,” incoming third, fourth and fifth grade students in Mr. Kennie and Ms. Kalloch’s classes discussed important components of map-making and made their own small maps of the route between their home and school. 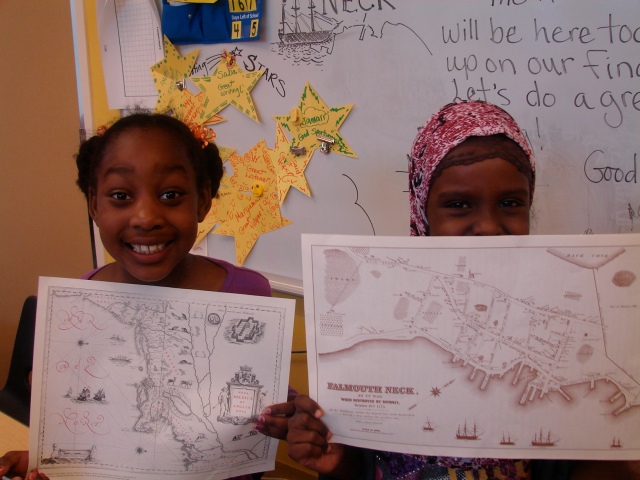 Along with the teachers, Education Coordinator Bridget McCormick and I taught the students  about the importance of choice and perspective in map-making. We looked at the many ways Portland has been depicted over the last four hundred years. Some maps we used showed mainly resources, or things people use; other maps showed natural features and landscape.

Following that classroom time, we put on our exploring hats and traversed Munjoy Hill, making note of sights, smells, and sounds and thinking about how the area has changed over time. 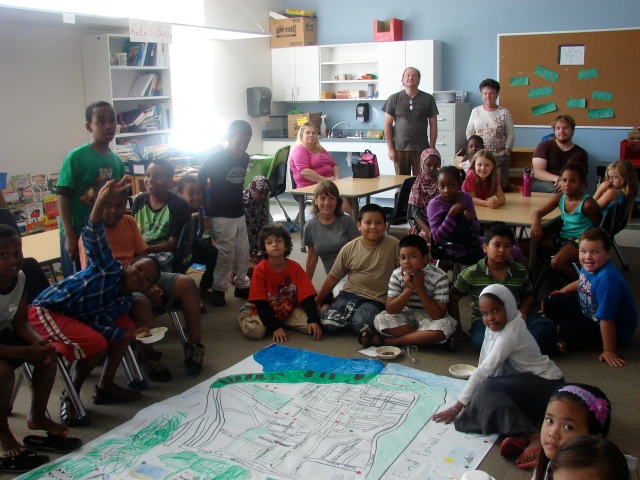 For a final project, both classes made giant collaborative maps of the East End that included standard features like a compass rose and a map key, as well as the places in the neighborhood that they chose as the most important. Once the maps were finished, a handful of families came to celebrate the students’ accomplishments with lemonade and cookies.

This project was a great way to learn more about where we live, work and play, and to think about how East End residents shape and interact with their environment. Don’t be surprised if Portland suddenly starts producing the next crop of famous cartographers!